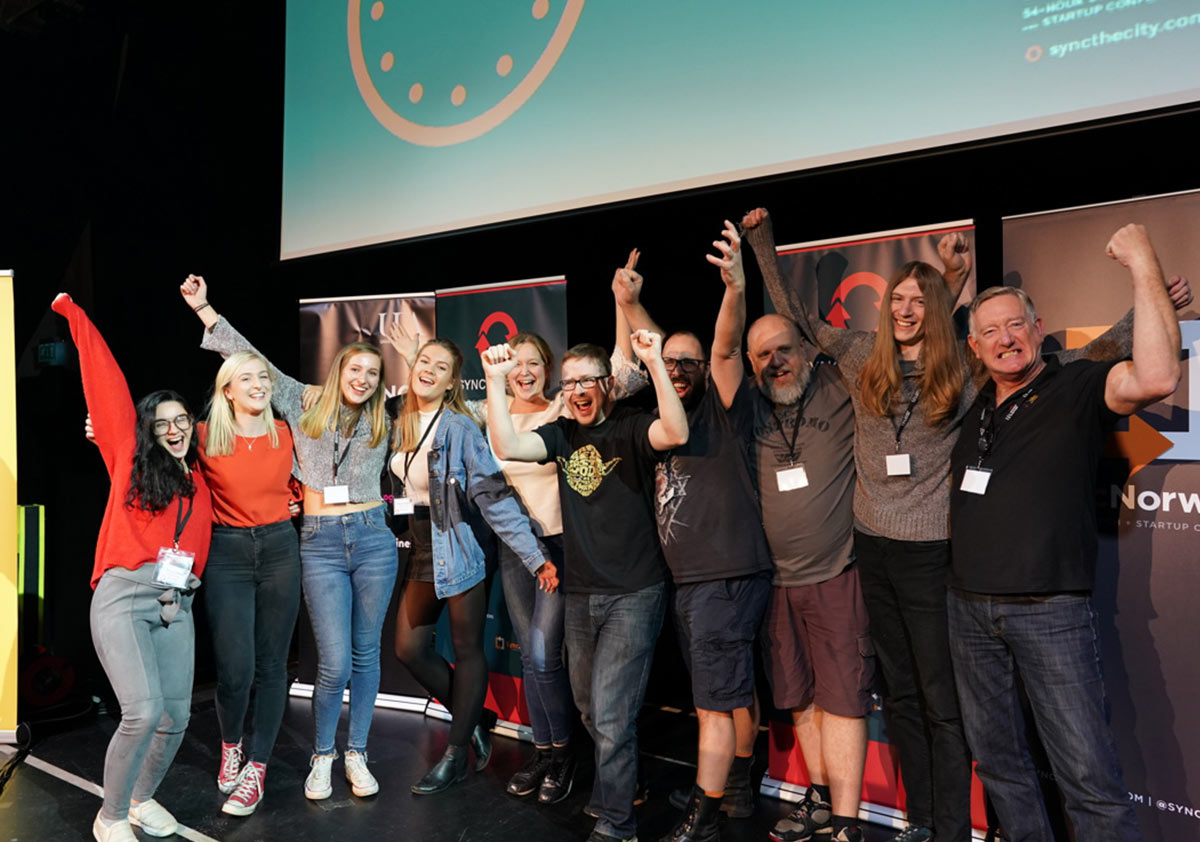 A student from the university was part of the winning team at Sync the City 2018, which brought together budding entrepreneurs to pitch ideas for new startup companies to the public and a panel of 5 expert judges. The annual competition was held at OPEN Norwich from the 15th to the 17th November and saw teams compete from across the Eastern region. UcWA had 10 students who participated in the event for the fourth year running. Once there, participants created their own teams, consisting of engineers, developers, graphic designers and entrepreneurs who come up with an idea for their own digital business startup.

A total of 43 teams delivered one-minute pitches to be able to compete in the competition. Of the 43, only 13 teams made it through to the weekend event, which saw the teams build their digital business startup from scratch in just 54 hours. The event culminated in a business pitch from each team in front of the public and the expert panel of judges. UcWA student, Edward Shelton, who is studying for a BSc (Hons) Computer Science, was part of the winning team that won the peoples’ choice award, voted for by the audience. The team pitched an idea and built an app based around mental health. The charity app, called Seren, aims to reach out to sufferers and connect them with survivors before they reach breaking point. The team won £1,000 in cash to help them get their startup off the ground.

“Our research has shown that 90% of 18-25 personally know someone who has suffered with mental health conditions. We wanted to provide a safe space for sufferers to meet and talk without any judgement.”

“This was the fourth year we have taken a group of students to participate in the event and the second year in which ideas initially pitched by our students have been taken forward into the initial development stage. Over the years we have had students in two of the peoples’ choice and one of the overall winning teams. The event gives our students a fantastic opportunity to work alongside professional developers and business experts from Norfolk based companies such as Rainbird, Purple Tuesday and Aviva as well as computing, business and design students from UEA and NUA. The hothouse environment enables them to develop not only their technical skills, but also essential skills in team working, creating business proposals and public speaking and enables them to start networking within the vibrant development community in Norwich.”