College alumnus, Jack Goodrum, travelled to Luxembourg to compete in the carpentry skills category of the three-day European leg of the World Skills competition from the 18th to the 20th October. The World Skills competition was held to measure excellence and mastery in a particular field, such as carpentry, and to encourage young people to turn their passions into professions. Participants travelled from all over Europe to compete in a wide range of categories over the course of the three days, from aircraft maintenance to floristry, mobile robotics and hairdressing. As part of the competition, Jack had to plan and build a complex style of roof. Firstly, he was given a sheet of MDF to create and draw the roof plan, he then had to lay out the rafters and other components, and mark-out the measurements on the timber, cut the timber to the correct size and then finally, construct the roof. At each stage of the competition, Jack and the other competitors were rigorously marked by the judges. 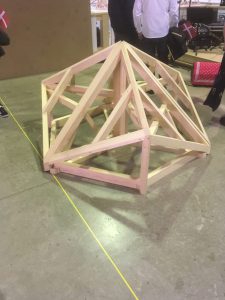 Jack said of the experience: “I have always enjoyed participating in competitions and it has been particularly interesting learning more about geometry and new ways to develop complex roof structures. It has been a great experience to see what competing at an international level is like and I hope to be able to compete in Kazan next year.” 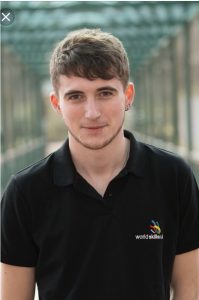 Jack will find out next year whether he has made the cut for the UK team, who will be travelling to Kazan, Russia in September 2019 for the World Skills international competition. Competitors from more than 70 countries will compete in over 50 skills categories. Jack left the college in 2018 after completing a level three diploma in carpentry and joinery while working as an apprentice at his family business, which he hopes to run one day. Jack said: “It was the first time that I’ve had to compete at this high level and although I found it stressful at times, I enjoy pushing myself, and it has ultimately allowed me to hone my skills to make me a better carpenter. The college has really supported me throughout all of it and I have gone from strength to strength.” 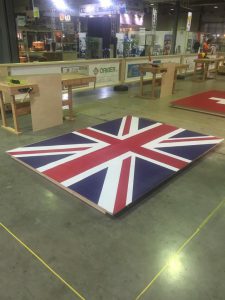