Network your way to your dream job 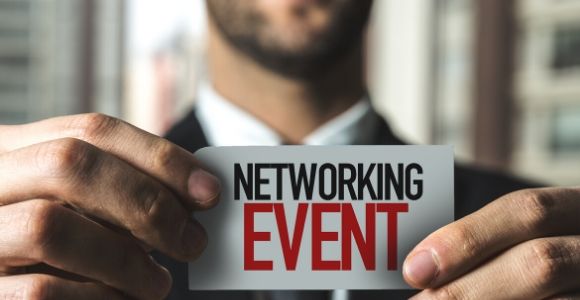 Nearly two thirds of us believe that who you know still matters more than what you know when it comes to career success.

But just because you don’t have the right old school tie, that doesn’t necessarily mean your career path is blocked – after all, we can meet people and make connections throughout our whole lives.

If you’re more of a natural wallflower, however, networking can seem like a major chore. Try these tips to make meeting people and building valuable relationships that bit easier.

Use social media for new introductions

These days, you’re not limited just to the people you meet in person. Connections can be made anywhere, any time through social media. But how can you avoid seeming like a spammer?

“Participating in groups and chats lets others get to know you first. Next, you can follow or friend, participating by responding to their posts or sharing their content,” says entrepreneur Leslie Truex. “Once they know you, then it’s okay to reach out directly for networking purposes.”

It can be hard to break into conversations when you walk into a crowded room and the event is already in full swing. “Be unfashionably early,” advises Leil Lowndes, author of How To Instantly Connect With Anyone.

You’ll be more confident approaching other early birds when there aren’t many other people for them to talk to. And when the others arrive, you can start making introductions – marking yourself out as someone worth knowing.

Networking events may feel like socialising, but you should approach it like work. You’ll be more effective if you have some targets in mind, whether how much you want to expand your network or specific things you want to learn.

“Prepare before you go. Set yourself a goal of how many people you'd like to meet, and know what you're looking for and why,” says Charlie Lawson, National Director of global business networking organisation BNI.

One reason why many of us hate the idea of networking is the idea of sitting through dozens of sales pitches – and having to make those pitches ourselves. That’s a mistake, networking veterans say: instead we should focus on authentic relationships.

“Don't treat your network like an email marketing list. No advertising jargon, no pitches,” says Maya Townsend, founder of the Partnering Resources consultancy. “Be real. Be human.”

When you’ve made a connection and promised to call about that project you thought you could work together on, make sure you follow up as soon as possible. You want to act while your new contact’s memory is still fresh.

Following up like this doesn’t just reinforce you earlier good impression: it builds trust. "When you do what you said you were going to do, it gives the other person the impression that you keep your word," says Lynne Sarikas, Director of the Graduate Career Centre at North-eastern University's D'Amore-McKim School of Business.