CWA Student Wins Apprentice of the Year at Regional Awards

Roxanne was announced as the regional winner of her respective category at the NAA 2021 during a virtual ceremony to recognise apprentice employers, apprentices, rising stars and champions from up and down the country. 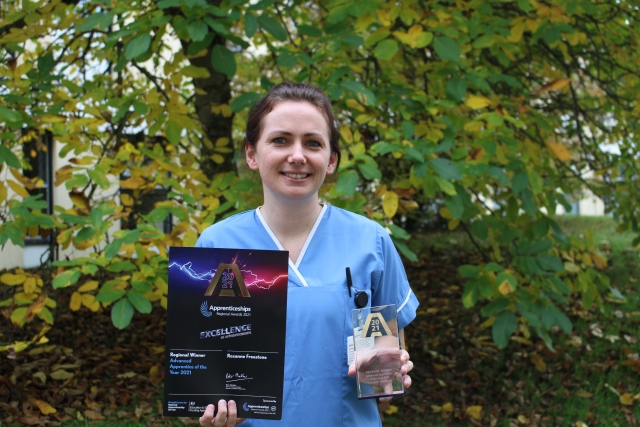 Roxanne works for the Queen Elizabeth Hospital (QEH), she said:

“I am delighted to be named winner of the BT Award for Advanced Apprentice of the Year for the East of England at the National Apprenticeships Awards 2021. I am thrilled to win this award in recognition of my commitment to my apprenticeship. I couldn’t believe I had won and was left completely speechless. Being recognised as a regional winner in this category is an incredible feeling and I am so pleased my hard work has been recognised by not just my team and manager, but by the wider community.

I have worked at the Queen Elizabeth Hospital for the past 7 years as a dental nurse in the Oral Surgery department. Two years ago, I took on the role of senior dental nurse. To gain skills and knowledge in leading people, I looked to complete a level 3 Team leader and supervisor apprenticeship. The apprenticeship team at the QEH were really helpful and made the application process quick and easy. Once I was enrolled I worked with the College of West Anglia who supported me throughout the 18-month apprenticeship. When the Covid-19 pandemic hit the QEH, I was redeployed and juggling the workload became harder. The support I received from the commercial trainer at the college was exceptional.” 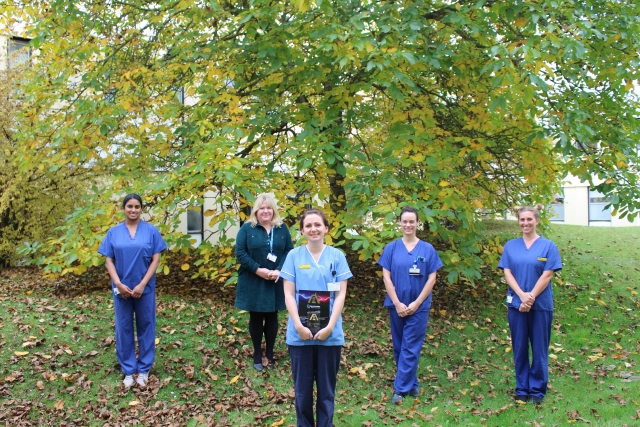 Back for their 18th year, the National Apprenticeship Awards highlight the benefits apprenticeships bring to individuals, businesses, and local communities, and celebrate the successes of those that have gone above and beyond to make a difference.

Over 1,000 entries from apprentice employers, apprentices, and apprenticeship champions have been received this year from all over England. The breadth of industries and sectors recognised highlights the broad appeal of apprenticeships, and how employers and individuals are continuing to build business and career success through apprenticeships.

“Throughout her training, Roxanne showed commitment, and a dedication to her own personal development, to meet the objectives of the apprenticeship, by enhancing her knowledge, skills and behaviours to become an effective team leader.  Working in the NHS, Roxanne's role changed significantly during the impact of Covid, resulting in her being cross deployed to other departments in the hospital, where she was able to put her training in to practise.  She was able to assist other learners in the development of their Maths, through motivation and support mechanisms.  This award is well deserved, and recognition for all her hard work.”

“As the new Minister for Skills, I’m a major believer in what apprenticeships can do for employers, the economy, and the apprentices themselves, so a huge congratulations to everyone taking part in these regional finals.

Apprenticeships are incubators of greatness. These nominees are showing just how much potential apprenticeships have to offer opportunities and skills on the job. Good luck to everyone involved.

I very much hope you all enjoy a fantastic ceremony and celebrate the achievements and successes of apprenticeships in your region, and I thank you very much for all you do.”

Winners and highly commended announced in the East of England are: